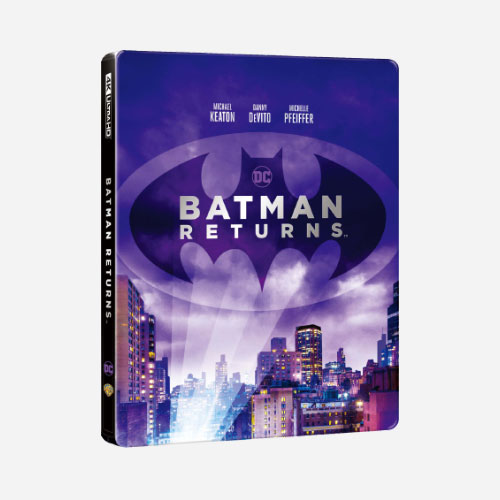 - The Bat, The Cat and The Penguin Making of Featurette

- Shadow of the Bat: The Cinematic Saga of the Dark Knight Parts 4

- Siouxsie and the Banshees Face to Face Music Video

In the sewers of gotham city to the rooftops of the gotham city the penguin wants to know where he came from well in his villain ways catwoman plans to kill rich man of gotham max shreak but as he battles with millionaire Bruce Wayne both ladies men have their own secrets Bruce Wayne is back as Bat man trying to stop the penguin Max is helping penguin steal gotham city while selina Kyle/catwoman tries to help penguin not knowing her man murder target also her murder is helping him but all four men have their goals taking gotham from crime winning gotham city assassination for two men and more money to be gotham citys number one rich man.